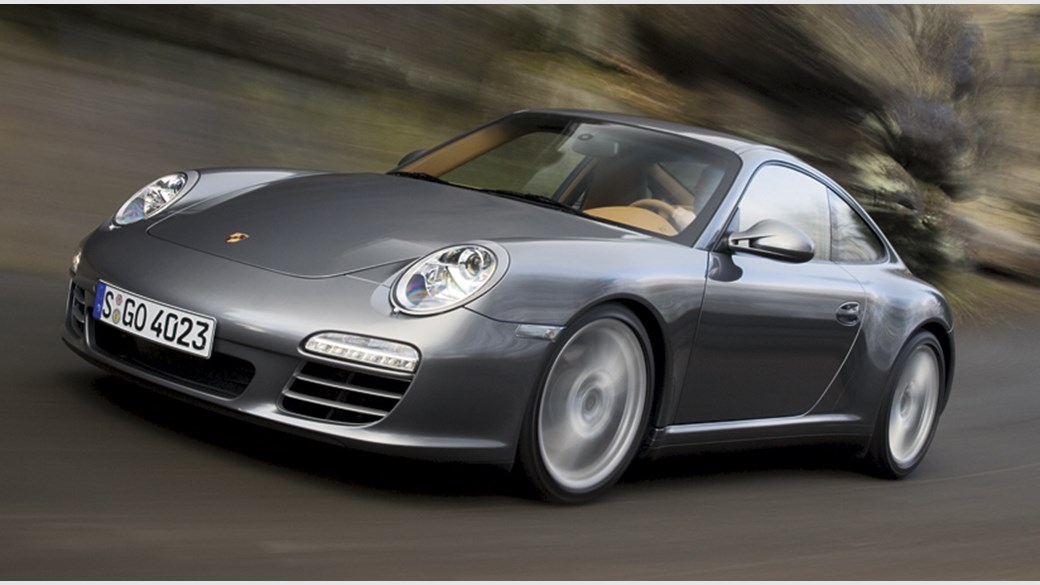 The king of the road has always been, and likely always will be, the venerable Porsche 911.  The 911 is quite simply the greatest car ever created.  Period.  To those who know, no explanation is needed.  To those that do not, no explanation will suffice.  But in the immortal words of young Joel Goodson in Risky Business:  There is no substitute.

So what exactly is it about the 911?  So many have tried to explain the allure, but none seem to have actually nailed the heart of the matter.  I have probably seen all of the attempts, yet I too struggle to adequately explain the attraction and perfection of this car.  If it were simply performance numbers, the car would win hands down.  If it were simply the design aesthetics, same story.  If it were the build quality and solid feeling you get when you climb in and hear the “ka-chunk” of the vault-like door close, it would win by a mile.  If it were the number of Le Mans wins (19, just sayin’), Nurburgring wins, and myriad other legendary moments in racing history, same story.  It’s actually a combination of all of these that add up to its well-earned place at the top.  Those, plus just a touch of magic sprinkled in for good measure.

The styling comes straight from Valhalla.   The rear swoop of the body has always reminded me of the heads of aliens depicted in movies–only more beautiful, of course.  The proportions, the lines, windows, wheel size, and placement of just about everything look and feel perfect.  Not a great surprise, given Porsche’s Teutonic, nearly unhealthy addiction to detail.  No car shape has ever been so iconic, so timeless, and so beautiful.  From every angle, the 911 is absolutely stunning.  Unlike most of us mere mortals, the 911 simply doesn’t have a bad side.

The design was penned by Ferdinand “Butzi” Porsche, grandson of engineering and design genius Ferdinand Porsche.  Go ahead and chuckle at his name, but in his first design attempt, Butzi not only got it right, he created a legend and solidified his position alongside immortal designers such as Giorgetto Guigiaro, Battista “Pinin” Farina, and Nuccio Bertone.  The car debuted in 1963 for the 1964 market and captured the world’s imagination at the Frankfurt Motor Show:  the public lost their frickin’ minds.

The Porsche 911 went on sale in 1964, the very same year as the Ford Mustang.  But unlike the American version of the “ultimate” sports car, the 911’s performance was as good as its looks.  The Mustang had old and tired engineering like a live rear axle, drum brakes, and steel wheels, and was low on power.  But it did look very cool.  Lee Iacocca, then head of Ford–and future genius behind that paragon of automotive design, the Chrysler K Car–believed that no one really cared about performance, so long as the car looked cool.  Great thinking, Lee.  But on a certain level, he was right:  over 22,000 were sold that very first year.  It remains to this day the most commercially successful car model ever made in America.  Porsche took a decidedly European approach with the 911.  They were hand-built in very small numbers, and performance and quality were of paramount importance.  Ferdinand Porsche II (Ferry) once famously said, “This week we made a few cars.  Next week we may make a few more.  Quality must always come first.”

In addition to its truly inspired design ethos, the 911 had full independent suspension, disk brakes, unibody construction, and much more power.  The engine employed dry-sump lubrication, like a race car, to keep vital lubrication points within the engine fed with oil during prolonged, hard cornering.  In other words, the 911 performed just as good as it looked, and was a true race car for the street; not just a pretty face.

One of the most amazing aspects of the 911 is how well it does just about everything. It is essentially the Swiss Army Knife of sports cars (German Army Knife?).  Many supercars only do well at extreme speeds (and not in comfort) but cannot really be used around town or for daily commuting and other daily tasks.  Not so with the 911.  One can just as easily do 200 mph at a racetrack (and likely smoke all challengers) as they can go for groceries or drop the kids at soccer practice.  That is, so long as your kids like the feel of being strapped to a rocket and are less than 4 feet tall, because the rear “seats” are not exactly what anyone would call roomy.  But the 911 is so well-behaved and composed in every situation–low speeds as well as high–that it really can be your only vehicle.  Many enthusiasts use their 911s as daily drivers, as did I when I drove my 1987 3.2 liter 911 (RIP, dear one).

The legendary racing history, the unparalleled design, the bulletproof build quality, the incredible following, and the sheer usability of the 911 all add up to the greatest car ever made.  Is it really any wonder that the 911 has been in production for over 54 years without any signs of slowing down?